Following are examples of text direction used by various countries in Asia, taken from the East Asia Barometer (EAB) survey in 2006 and the ISSP in 2007. These suggest both that design guidelines need to reflect an understanding of how different Asian countries display text both vertically and horizontally, and that it would be desirable to pretest separately questions that differ across countries. 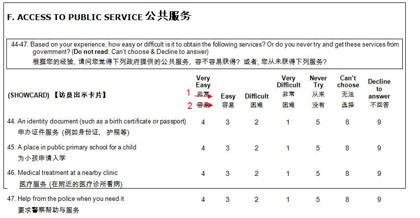 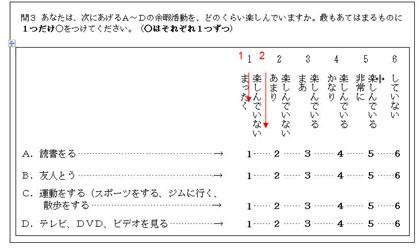